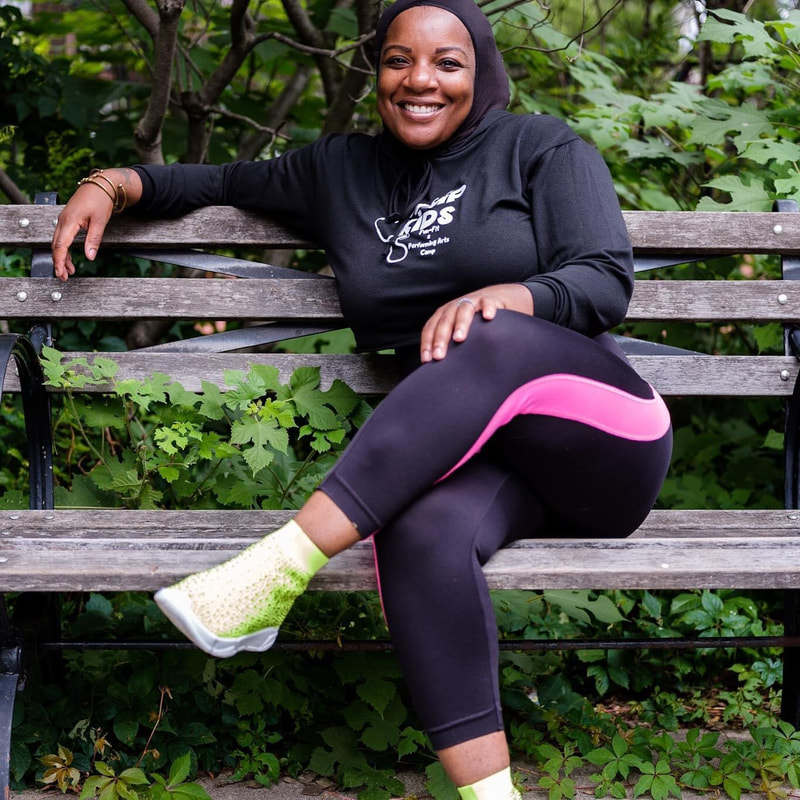 ​Mrs. Laila Little-Omosawe has been Internationally known in the sport of Double Dutch for over twenty-five years and recognized all over the world for her many accomplishments. She is also the co-founder of the world-renowned FloydLittle’s Double Dutch where she earned her name "The Double Dutch Queen"
Mrs. Little-Omosawe co-starred on Lifetime’s Docu-series “Jump” and has been featured in several broadcastings such as Good Morning America, Dr. Oz, Kids say the Darndest Things, Ebony Magazine, invited to the White House (Obama Administration) and many more. She is ranked the 17th most influential coach by Coachseek, having touched the lives of over 15,000 youth around the globe-including Nigeria, Ghana, Morocco, Guyana, Cayman Islands, Dominican Republic, Puerto Rico, and nearly every state in the US.

Realizing that her double dutch programs were doing more than winning competitions, she was inspired to establish Jump Kids Health as a platform to treat children: physically, emotionally, and mentally with a focus on ACEs and Childhood Obesity. Born and raised in Newark, NJ, Mrs. Little-Omosawe understands the catastrophic impact of poverty, dysfunctional homes, crime, poor education and the lack of therapeutic and psychological help has on the underprivileged. This new journey has also inspired her to return to Montclair State University to pursue a degree in Psychology.
Mrs. Little-Omosawe also run a 501c3 organization known as International Double Dutch League that facilitates the evaluations of Jump Kids Health’s programming.
Mrs. Little-Omosawe is also a wife and mother of a 4 month old baby boy and 10 year old daughter.
Visit JUMP KIDS and learn how you can support childhood obesity & ACES. JUMP KIDS WEBSITE